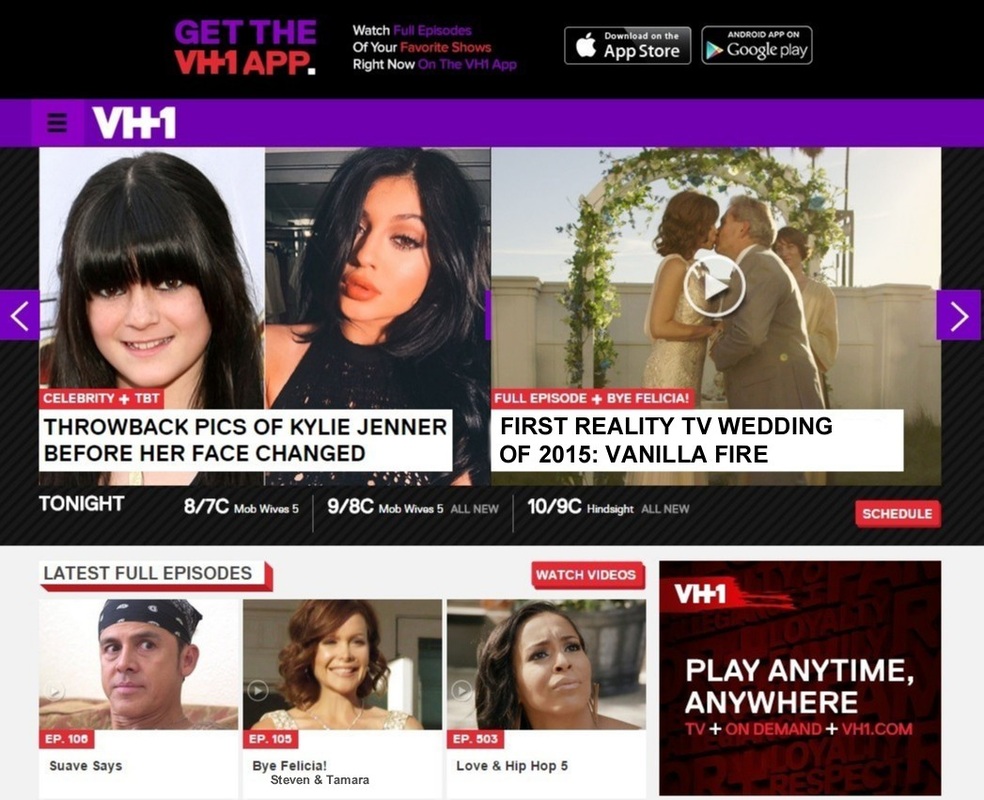 First TV WEDDING of 2015: Vanilla Fire
Since their first date on Blind Date a decade ago,
they have secretly lived out their entire romantic life on multiple reality TV shows,
starring on different networks,
and are honored to be the first reality TV wedding of 2015. 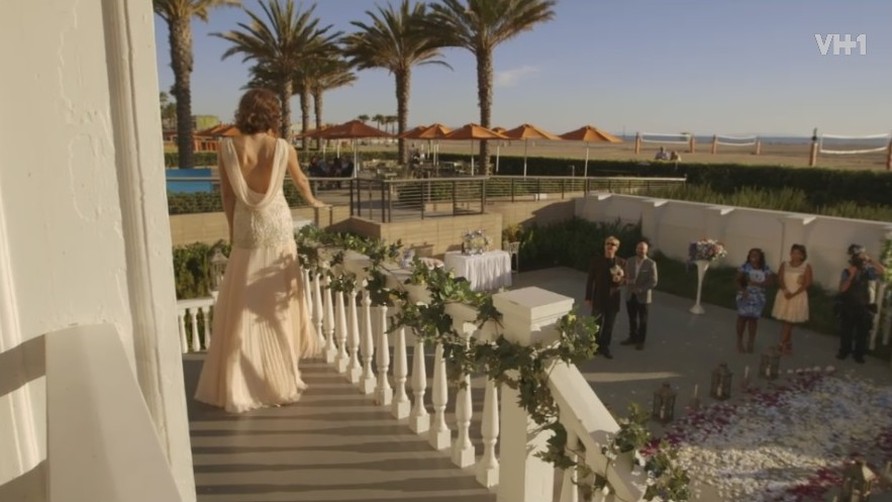 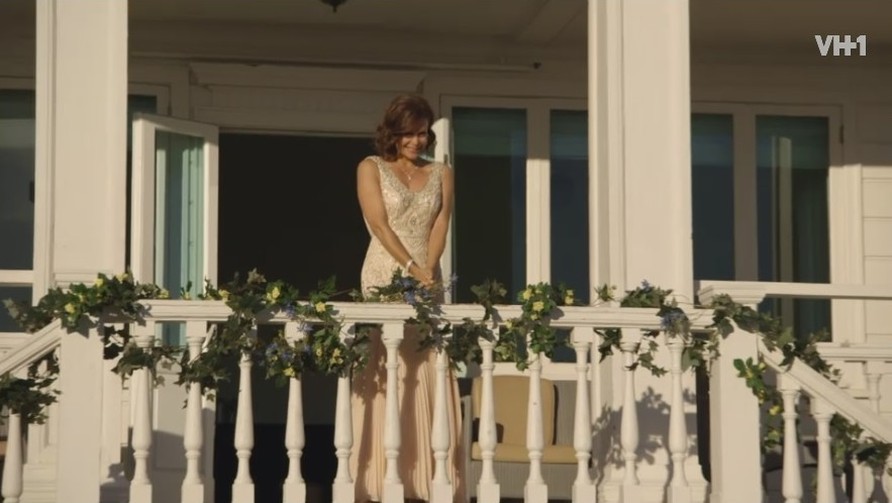 Former Cruise Ship Director Marries His Anchor In Beach Wedding By The Sea
HOPE is the Anchor of the Soul behind the Veil. Hebrews 6:19 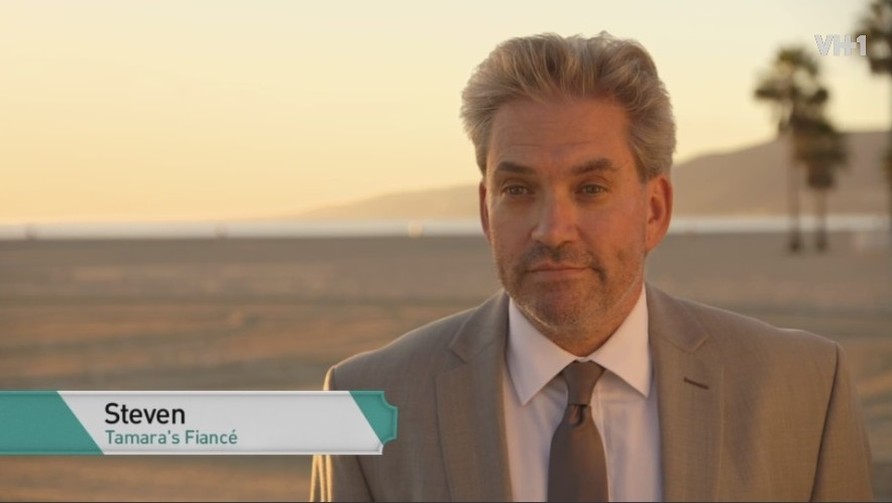 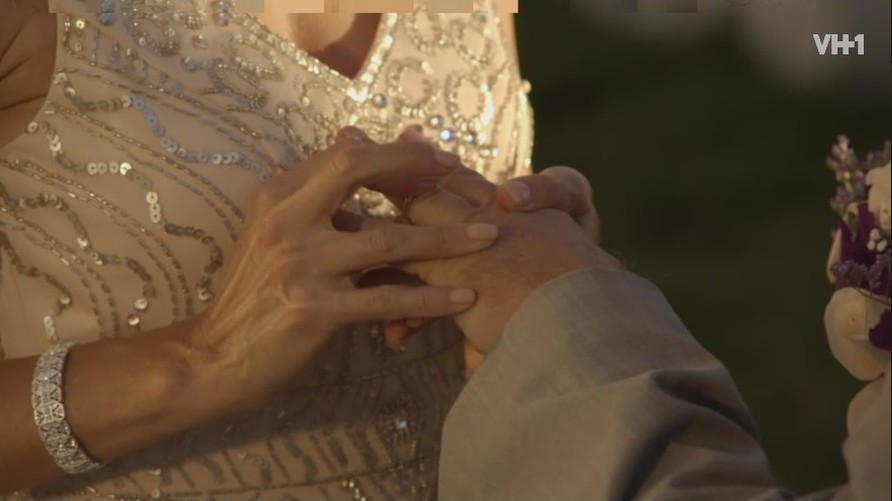 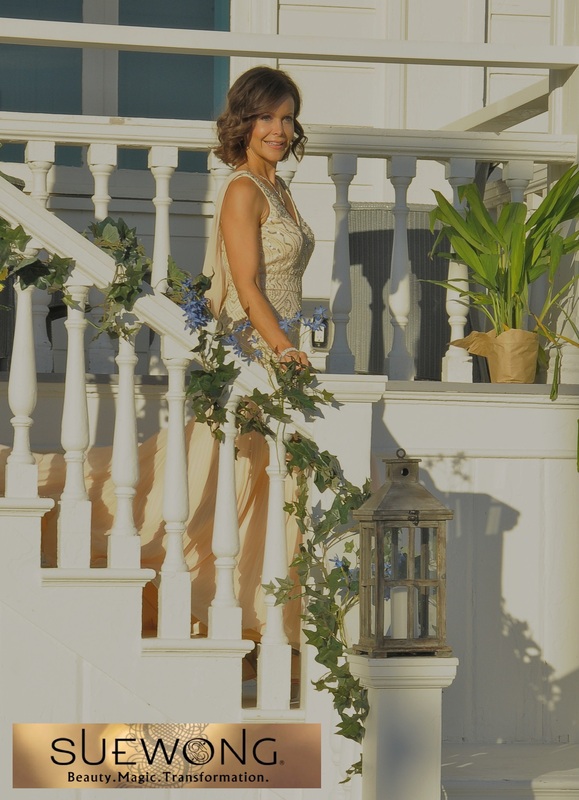 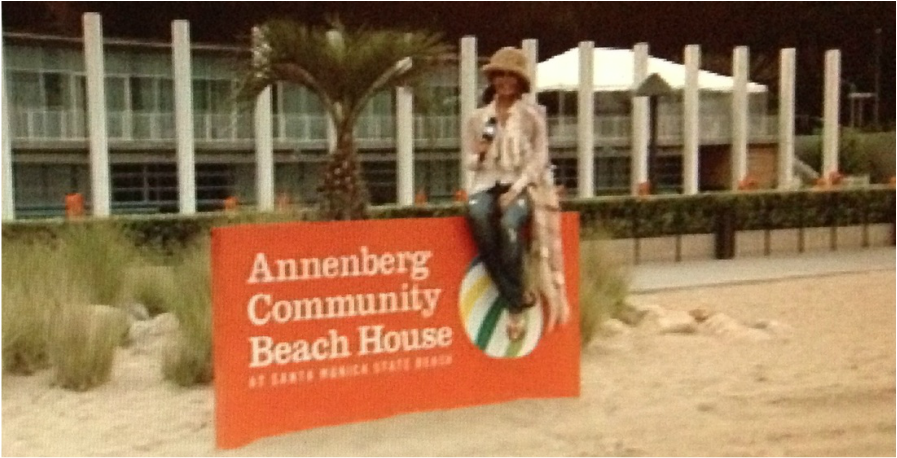 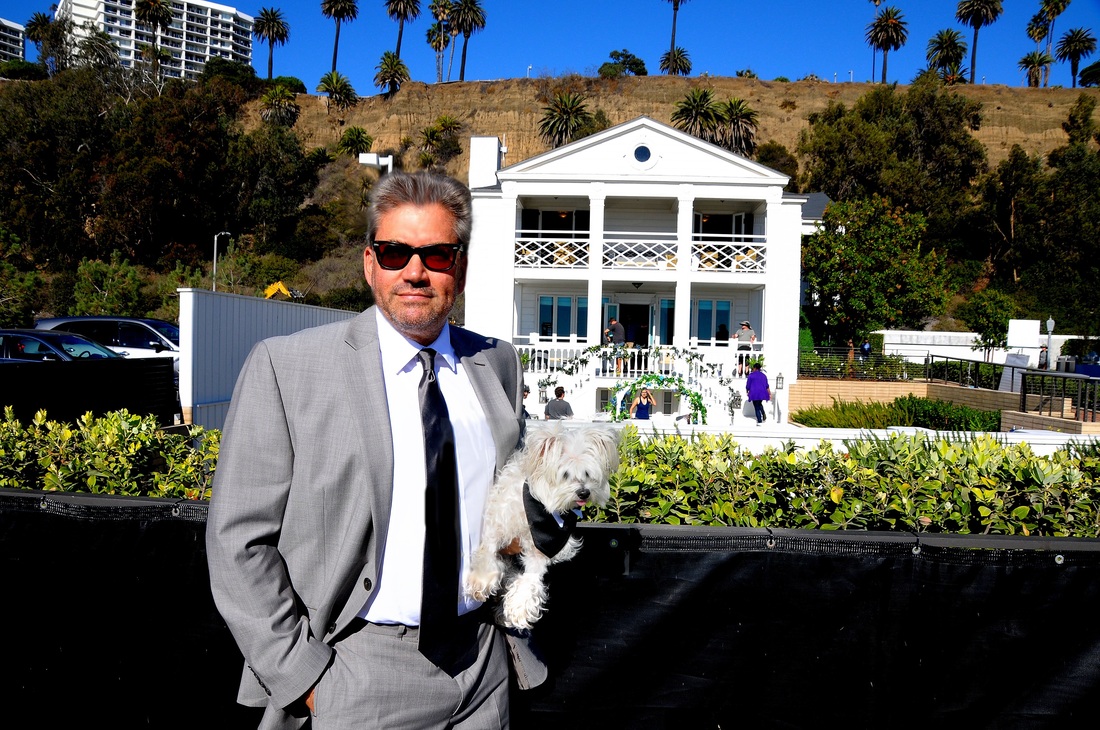 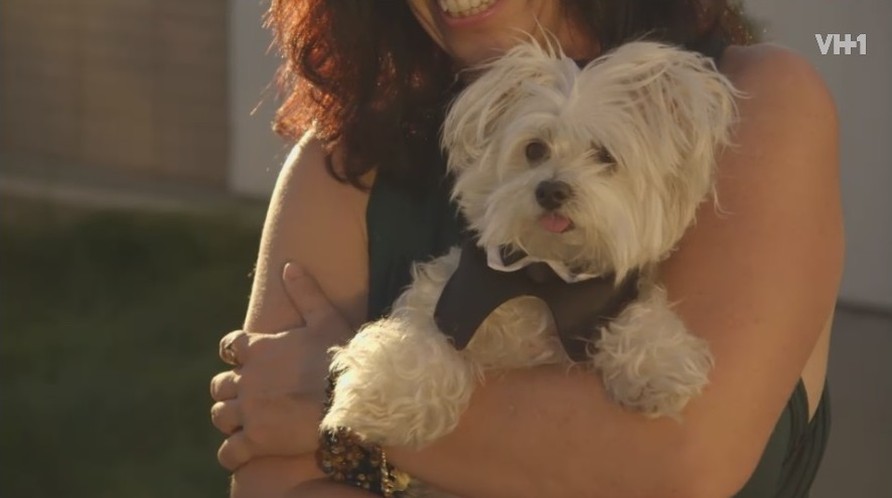 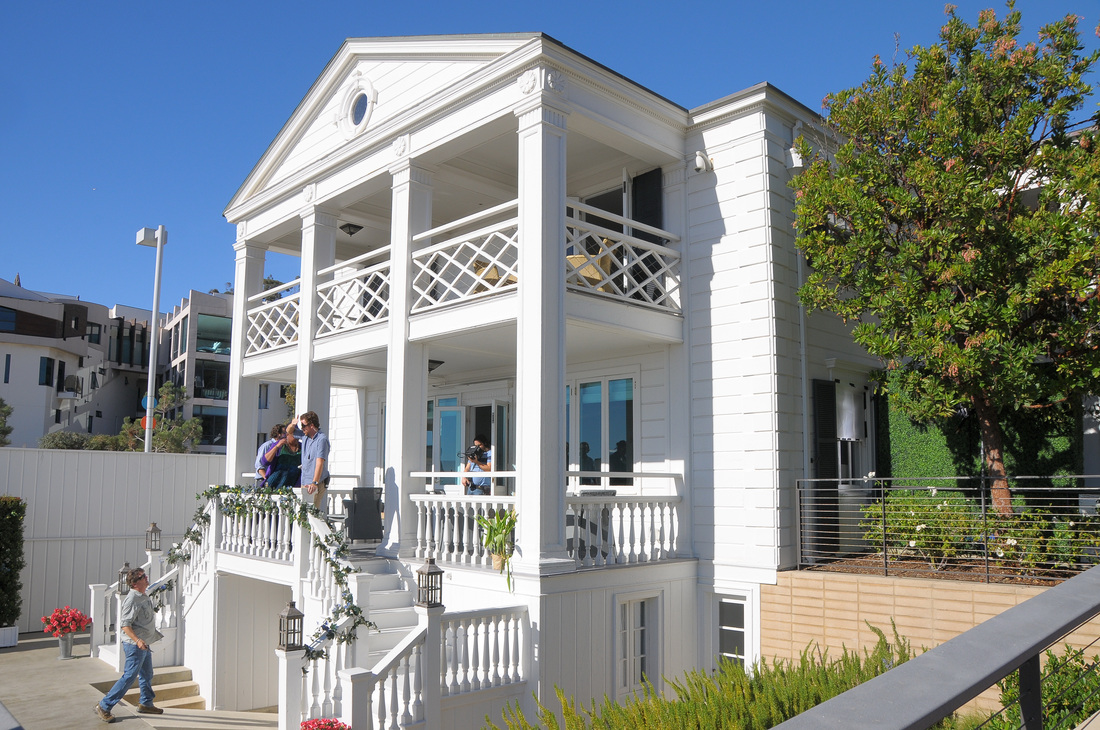 The Kennedy's stayed in this house!
http://www.glamamor.com/2011/10/out-about-all-about-historic-annenberg.html 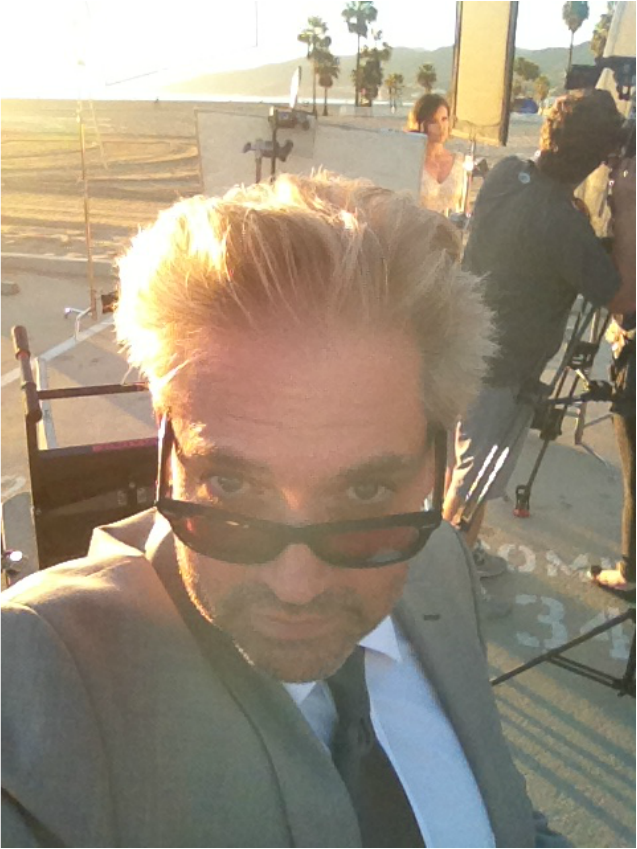 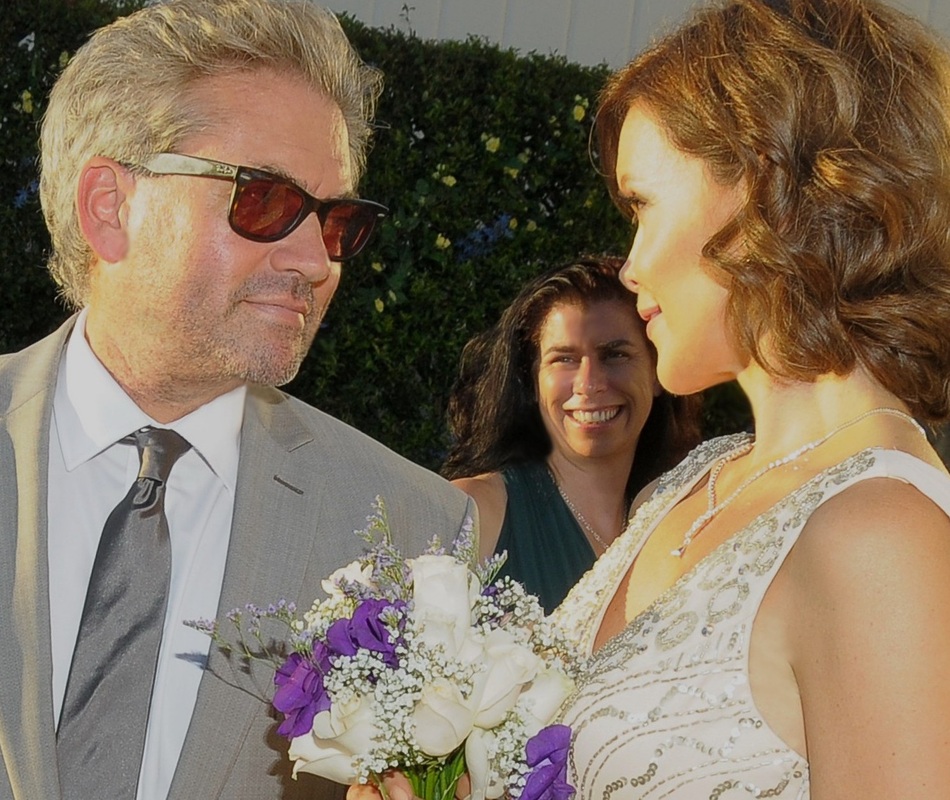 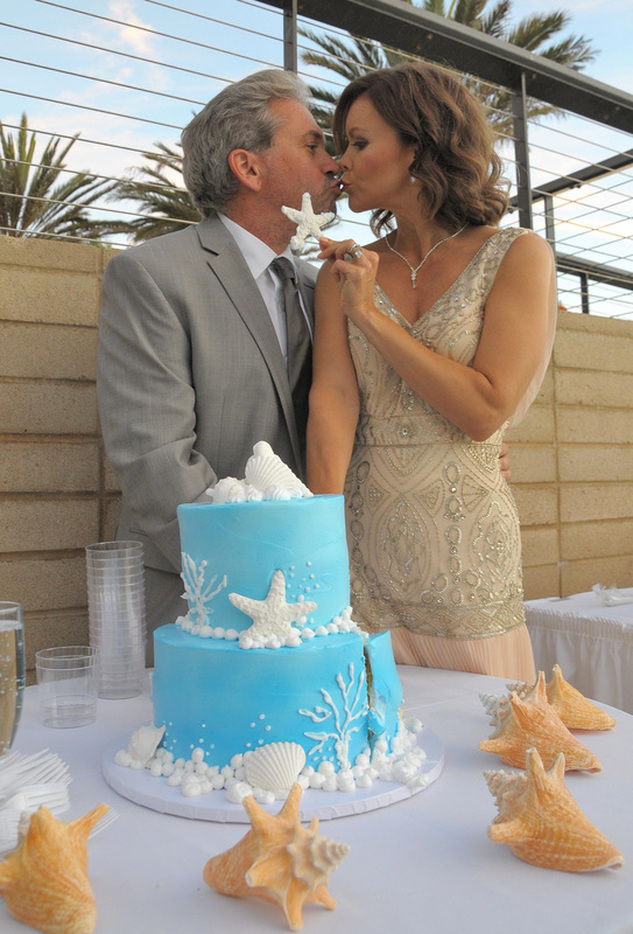 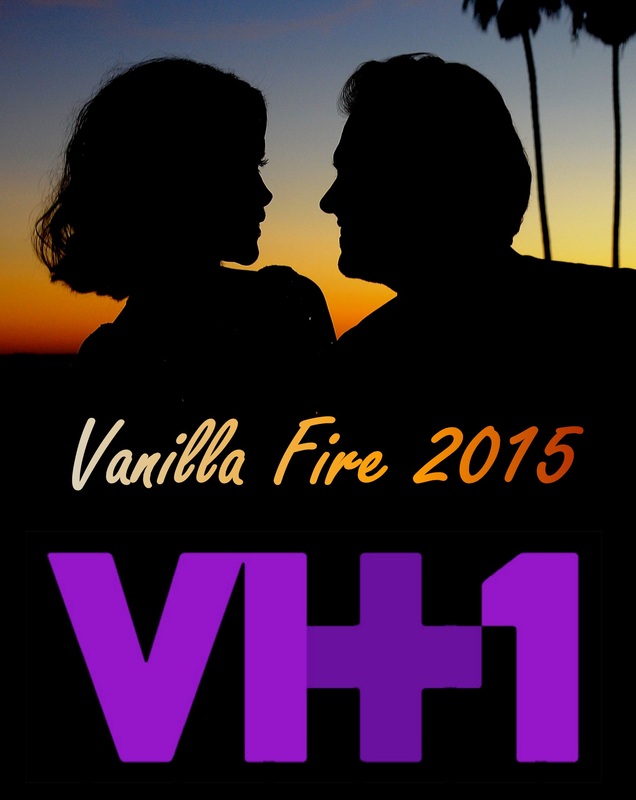 Anchorwoman Tamara Henry got the surprise of her life when her filmmaker fiance Steven C. Barber helped plan the TV wedding she had been dreaming of since 2009.
Tamara and Steven, who met at the Santa Monica Will Rogers Post Office ten years ago, tied the knot at the Marion Davies Guest House at the Annenberg Community Beach House in Santa Monica, California, airing on VH1 on January 6-12, 2015.
Tamara learned to dream big through her work with Heal The Bay and always knew her dream wedding would be on the Pacific Ocean and air on national TV. With the help of the new makeover show “Bye Felicia!” all of her dreams came true.
“Steven, a filmmaker who had landed on the Oscar Shortlist for his Vanilla Fire documentaries in 2010 and 2012, had the help of the Lighthearted producers in creating the makeover and wedding,” Tamara says. “He worked with my favorite beach house and the new VH1 show, and in a few days they planned the most anticipated event of my life. It was all a surprise!”
To help keep the goal of the show a secret, the producers told Tamara she would be having a reality TV makeover to get a new job in her TV news anchor career.
“When issues such as what dress or colors came up, they were easily able to talk to me about it as if I were going on the red carpet,” Tamara says.
First and foremost, Tamara knew she wanted her wedding to be at the Marion Davies Guest House at the Annenberg Community Beach House.
“I have been doing TV news feature stories on the legendary Old Hollywood historic landmark since it opened in 2005, with its Georgian mansion appeal. My dress was by Sue Wong who is a Chinese-born American fashion designer best known for her contemporary twist based on old Hollywood glamour style. Also, my little dog Jimmy Chew, an Animal Planet star, was dressed in a little tux with cuff links,” Tamara says. “My kitty Kozy Mel who was on Bravo, was also on the show and the blooper reel as well!”
On the big day, Tamara worked with Hector at Plaid Hair Studio and Gia for makeup to create a natural make-under.
“I loved the makeup, dress and hair,” Tamara says. “I adore the cute little 'ducker pucker' lips that Marion Davies always drew on. Being a granola-glam hippie chick I loved the vintage look of the wedding dress. I had a complete transformation. Steven didn't recognize me at first.”
Secondly, Tamara knew she wanted their wedding to have that old Hollywood glamour, because they had gotten engaged on the red carpet at the Night of 100 Stars on Oscar night back in 2009.
For the ceremony and reception décor, Tamara wanted everything natural and pristine just like when she and Steven met the second time on a starfish covered beach in Venice ten years ago. Producers used starfish and shells with rose petals to achieve the beachy feel.
“Steven loves the Ocean. As a former Cruise Ship Director, he had sailed 5-million nautical miles over five of the earth's seven seas looking for love, wrote a romance novel about his search, and finally found his Anchor here on the beach in Santa Monica!” Tamara says. “The Beach House was an easy choice as we both enjoy beach culture every day on our bikes and my rollerblades.” They had natural sunset lighting, preserved historic mansion decor from the 1920s, vanilla orchids and TV cameras everywhere. “This time the story being shot at the Marion Davies Guest House was about me! I felt like Marion Davies marrying Charlie Chaplin in this lighthearted comedy TV show, except it was in full color instead of black and white.” At the end of the day, Tamara got everything she was hoping for. Hope is the Anchor of the Soul behind the Veil. Hebrews 6:19 "Tamara in Hebrew means Palm Tree," said the tree hugging activist.
“I wanted my look to be natural like the beach and my wedding to be old Hollywood glamour,” she says. “My film director husband, the great nephew of Edith Wharton, did a great job writing this storybook wedding with the help of the TV producers. They deserve a Pulitzer and an Oscar and an Emmy!” 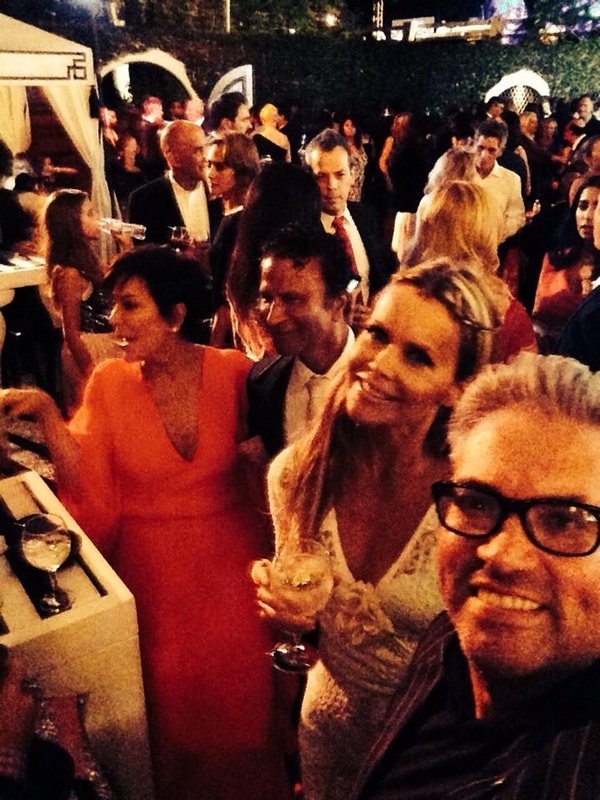 KEEPING UP WITH THE JONSES
Groom: Great Nephew of Edith Wharton, Author, Oscar Shortlisted Documentary Director
Keeping Up With The Joneses... The Joneses of the saying refers to the wealthy family of Edith Wharton's father, the Joneses. The Jones were a prominent New York family. The Jones and other rich New Yorkers began to build country villas. The houses became grander and grander. In 1853 Elizabeth Schermerhorn Jones built a 24-room gothic villa in the style of a Scottish castle, which reportedly spurred more building, a phenomenon described as "keeping up with the Joneses". The phrase is also associated with another of Edith Wharton's aunts who built a large mansion at Fifth Avenue. Wharton portrays her Aunt Jones affectionately in The Age of Innocence as "calmly waiting for fashion to flow north". Steven C. Barber is the great nephew of Edith Wharton.
A slightly different version is that the phrase refers to the grand lifestyle of the Joneses who by the mid-century were numerous and wealthy, who began the "patriarchs balls" the origin of the list of the society elite who were invited. Many of the Jones and their relations—old money still mattered.

Bride Tamara Henry, Daughter of Pentagon Intelligence Bronze Star Recipient, Anchor of Emmy winning TV show, Miss Arkansas USA 1997
My fiance, filmmaker Steven C. Barber, is the great nephew of Edith Wharton. Edith married William Wharton in 1968 in Wesley Island, New York. Before she was married, her maiden name was Edith Jones and she did not begin her writing career until she was 43. Edith was dubbed the "Richest Woman In America" after she earned her fortune from writing books about chivalry, manners and etiquette
like The Age Of Innocence.
Steven remembers William Wharton was a WWI Calvary officer and Steven has amazing recollections of pictures of his grandfather in WWI uniform as a young and striking man. Steven and Tamara have been making patriotic films that serve the military and tell the noble stories of our American heroes. @Vanilla_Fire
There were two main estates that William and Edith lived on.. the October house and the Chickadee House and the Library House.. the library house had books that were 400 plus years old, but unfortunately all of those properties and contents were sold by Steven's father in the mid 70s after Bill and Edith died.
Steven's father passed away in August 2012 and in September 2012 VOGUE did an Edith Wharton photoshoot.
Steven and Tamara recently celebrated their 10 Year Anniversary and his family gifted her with the Edith Wharton family crystal goblets:
https://www.youtube.com/watch?v=XynlOySGEj4&list=UUoaYjowKRz7Xj2nZAvkBf5Q