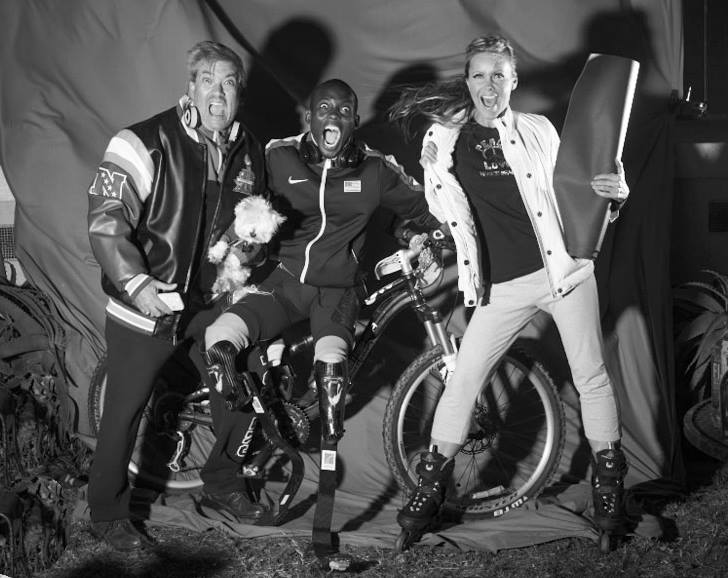 Mountain Biker, Bladerunner, Rollerblader
This is a REAL documentary filmmaking couple who has secretly lived out their entire love life on serial reality tv shows,
and we're not talking Captain Crunch! This family eats their Wheaties!

Since one of us was a "surprise" and the other is allergic to children, the Universe decided we would just "adopt" ...
kind of like what happened to one of us when we were competing in pageants... she inherited a rich fairy godmother
to sponsor her journey to capture the crown of Miss Arkansas USA 1997.
From pageants, to the olympics to the emmys and oscars...
this upscale family is all about serving the military, passing the torch and continuing the legacy.
Vanilla Fire has it all!
They cover all genres, transcend race, span generations and transform time.
People always ask, How do they do it all?
Must be the Wheaties!?
Family of five.
1. Dragon Slayer Daddy Steven C. Barber
(C. stands for Carborundum)
2. "Momma T" Lights... Tamara... Action! Tamara Henry
(Miss Arkansas USA 1997)
.
My three sons.
3. Their "son" Blake Leeper https://www.facebook.com/AmericanBladerunner
4. Their son "Jimmy Chew" https://www.facebook.com/pages/Jimmy-Chew/151355564880754
5. Their son "Kozy Mel" https://www.facebook.com/pages/Kozy-Mel/283857698316662

His parents?
Steven is the great nephew of Edith Wharton. He grew up in Woodstock, NY.
He sailed 50 Million Nautical miles looking for love and finally found his Anchor.

"INSPIRING" FAMILY WHO DOES IT ALL
https://www.facebook.com/AmericanBladerunner

EXTREME SPORTS REALITY COMEDY FUN!
Watch Blake on the Red Carpet that starts the Road To Rio
Jim Weatherly has an NFL Ring
Tamara Henry has a MISS USA Crown
Blake Leeper has an Olympic Gold Medal
Be Spectacular - watch more funny videos
BlakeLeeper is currently healing the lives and inspiring the hearts of all ages in fitness and health as he emerges as a transformational super human athlete and quantum hero. This "Quantum Leeper" transcended his disability and his deep southern heritage. His millennial vibe makes him larger than life. He is in his own league above most A-list Hollywood celebrities, but his unique authentic energy makes him especially grounded and people just can't get enough. Our "Jerry Maguire" family dynamic is one to follow as Blake Leeper is soon to have his own feature film and reality TV show. Blake lovingly calls Tamara "Momma T" and says he believes the fastest man in the world will someday be a man with no legs! Blake will be Steven's best man at the Vanilla Fire wedding in 2015 with a Brazilian Honeymoon to Rio 2016.

Blake is the only stand-up comedian with NO LEGS!
Vanilla Fire "adopted" Blake as their son at the 2012 London Olympics, he was a poor black child born in the deep south with no legs.
Now, he is on the Road To Rio 2016 and he is inspiring everyone along the way.
Blake may be the fastest man, but he's always late!
Yes, Vanilla Fire even has a dark side.
The Doc Side
https://www.facebook.com/TheDocSideOfFilm 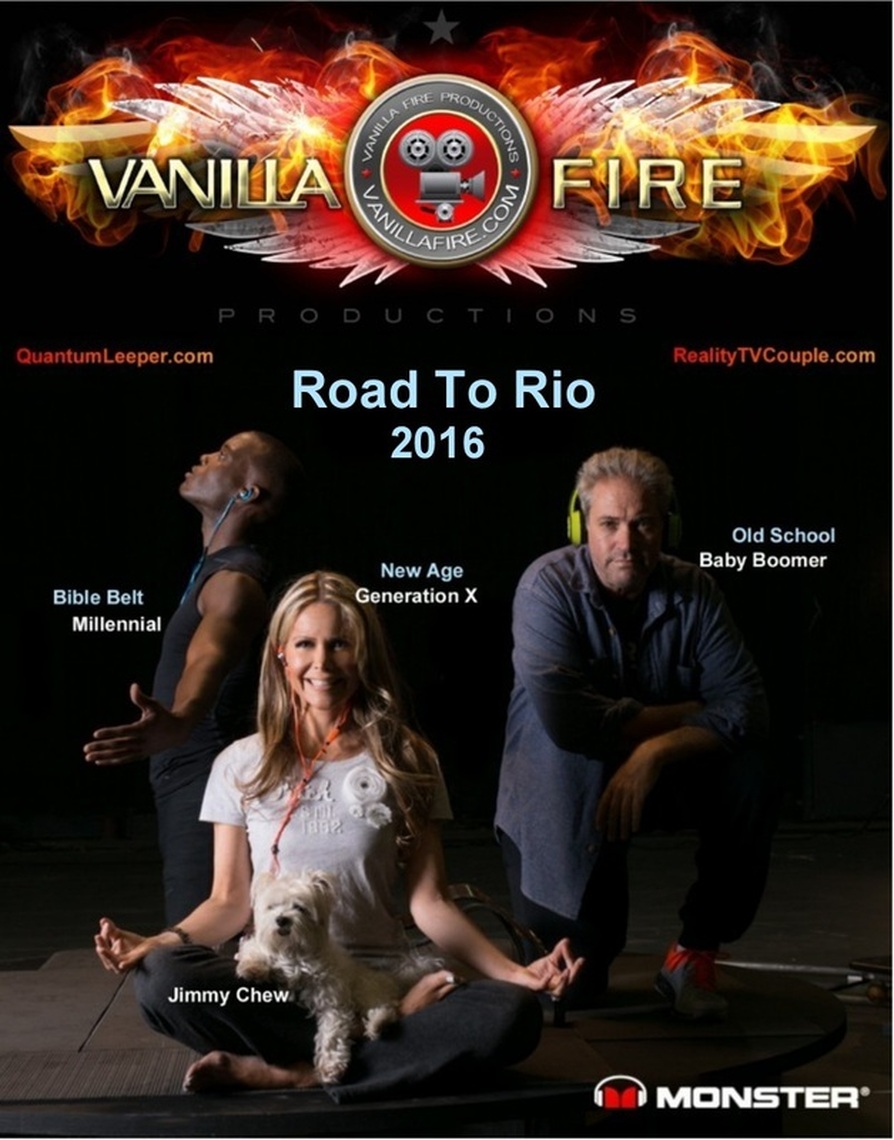 Father/Brother Preached Dad
Awaiting His New Kingdom,
Dr. William W. Henry Jr. MD
Heaven Past Present Future Ministries
William Henry Publishing, LLC
3 John 2-3
I pray that you may enjoy good health and that all may go
well with you, even as your soul is getting along well. NIV

There are three of us. The holy trinity! ;)
Two preachers daughters who are sisters and Aunt Tamara.
So, Tamara is a preachers sister.
Lots of stories. Strong women characters. All Henry girls.
Bill has two sons in his second life and a grandson. Henry IV

One Preachers Daughter married five times, one Preachers Sister never married.
All went to church camp together and stayed in small towns like Tupelo, MS and Walnut Grove, Arkansas for Bill's ministry.
Tamara was there for her brother's very first sermon and she can tell a funny story about it.
Dad/Brother Preacher is Bill Henry, Jr. who is a medical doctor and preacher.